professional and beyond any I had from all the other companies 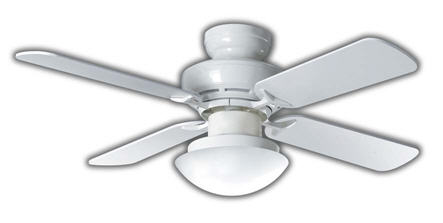 For many years I have seen friends and family adding a conservatory to their properties and decided this year I wanted one. I got some people to come round all through this last winter and discuss what I wanted and give me prices. Once that was all decided I started to think about what I wanted inside the extension and decided on a ceiling fan but had no idea about what exactly I wanted. I just knew that I wanted one so I Goggled ceiling fans and found several fan manufacturers.

I knew what colour I wanted but no idea about size or anything else I may need so started the process of calling many companies. I do have to say half of them were no help at all and were just keen on selling me something or to be more accurate sell me anything. They were just box shifters and had no interest in helping me at all. That was when I came to call The Hunter Fan Company. The help I got was so professional and beyond any I had from all the other companies. Apart from the finish they explained all about the size I needed, whether it was a 3 or 5 bladed fan and all about the different controls and even a drop rod. I had never even heard of a drop rod before much less why I would want one.

I was very impressed with all the information and there were several options for me to pick from so we agreed I would take time to think about it and look at all of the fans selected and then call back in a few days. I considered all the options of fan and controls etc. and called back. Even though I spoke to a different person I was recognised and it felt nice to know that they had actually made a note of what I was talking about. So on that note I did order my fan with a remote control and a drop rod plus I could add a light to my selection. I made the payment and asked them to hold it at the warehouse because my conservatory was in the throes of being built and I had no room for it which they were happy to do.

Time has moved on and I have now taken delivery of the goods which look stunning but as yet not installed. That is next week’s task for my electrician and once that is done I will write on here again and let you all know if I am still as happy as I am today.