How To Select The Perfect Ceiling Fan

A ceiling fan for your conservatory can be both a blessing and a curse.  When the sun comes out you suddenly realise just how hot it gets in your conservatory.  You can open the windows, put in blinds but it still gets so hot and by early afternoon too damn hot!  Some people even put air conditioning in but that is a huge waste of money.  When buying a ceiling fan you need to consider a number of important things in order to get the right fan to meet your needs and ensure that you spend your money wisely.  Here we will consider just what a ceiling fan can do for you and exactly what those considerations are. 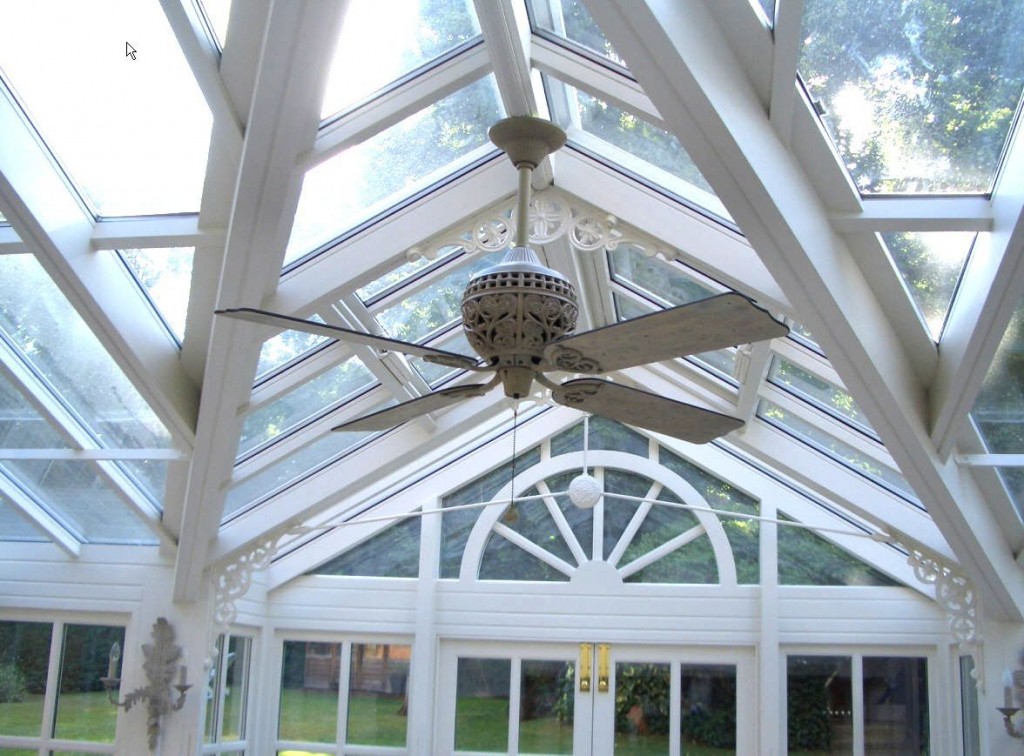 How A Conservatory Heats Up

A conservatory works like a greenhouse trapping UV and infrared heat radiation even if outside is cool or overcast.  The floor and bricks inside also warm up and give off convection heat which then adds to the head from the incoming radiation to make it get hotter and hotter as the day goes on.   The hot air rises and gets trapped under the roof.  It is thus essential to have vents at the top to let this hot air out.  If you don’t then opening windows might let some of this heat out if there is a breeze outside otherwise it will tend to just sit there.

There are three significant ways that a ceiling fan can reduce and remove the unwanted heat from a conservatory:

The function covers the operation and make-up of the fan.  This includes the technical specifications, performance, features, build quality and reliability of the ceiling fan.  Hear are the salient points to consider:

Today there are so many styles and finishes to choose from there is something for everybody’s taste and to cater for every sort of room.  From traditional to contemporary, art nouveau to swish and stylish designs the ceiling fan can become a center of focus for the room as well as providing the essential function of cooling.  The latest fashionable designs from brands such as MrKen and Matthews-Atlas tend to be have a sleek simple minimalist look and utilise either plastic ABS or solid wood blades neither of which warp over time.  B   Henley Fan provide an amazing wide range with 50 different models in 35 different finishes!

We all love a bargain but don’t waste your money on a ceiling fan that isn’t going to last a minimum of 10 years.  It is a false economy to go cheap since you will spend time and a lot more money getting an electrician to fix it when it goes wrong and having to replace it.  A £25 ceiling fan from B&Q really is a waste of money and is like buying cheap wine.  Since the part of what you pay that actually went to manufacturing the product itself will be less than £5 you will not get a lot of ceiling fan and certainly quality will be so low as to be meaningless.  It may last a year if you are lucky but will almost certainly start humming long before that due to the cheap components used (cheap capacitors, windings, laminates etc).   Fit and forget is the best policy so go for one of the reputable branded names such as Hunter, Minka Aire, Matthews, MrKen, Cassablanca.  They will also have all the essential accessories such as light kits, remote controls, drop rods and provide you will full backup should anything go wrong.  To find out more go here.  There are a number of big retailers who have recently entered into the market such as Wayfair.  They will typically have a limited choice of older models and aim to sell by discounting.  They won’t have any real expertise beyond the basics that they read from a script.  They will not be much use should things go wrong.  You can save a bit of money upfront but will pay for it later.  Your local electrician can source a fan from his usual trade supplier but these tend to be very limited in choice and of low quality.  It is much better and safer to go to a specialist retailer such as Henley Fan or Air Comfort. You will pay a little bit more but get a great selection of the latest models from a wide selection of brands along with a great knowledgeable sales and after service.

Try and find a company that provides you with full technical information and details of features such as that shown below. 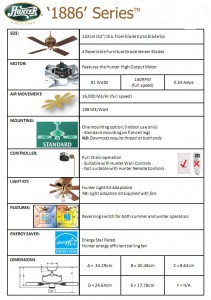